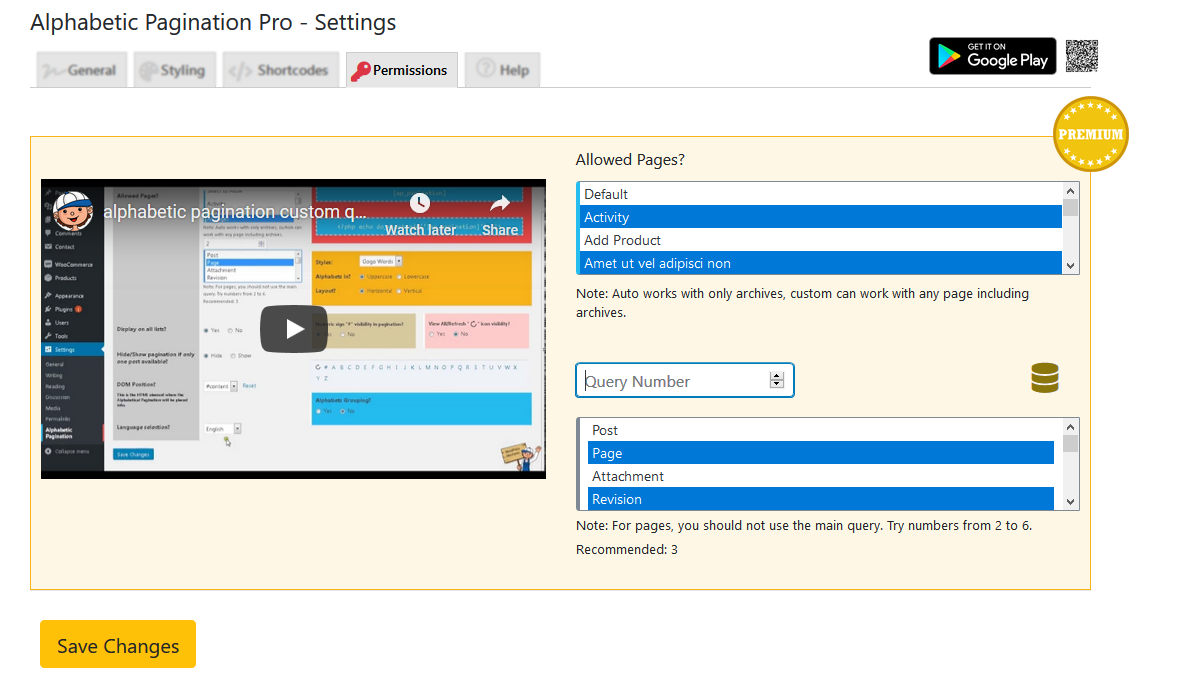 I was trying to use Alphabetic Pagination WordPress plugin to bind into a list of users, not posts or categories but wasn’t able to configure then i decided to take help from the plugin author and then i asked him for help.

He informed me that it is possible by modifying the query. He also asked me that do i have a plan to list my users publicly?

I informed him that i have planed it. And i want to generate an alphabetical row of letters exactly as Alphabetic Pagination does but when a letter clicked it goes to a page that lists all authors beginning with the letter clicked on.

He informed me that the requirements are clear but plugin works with posts for now. To make it work with users, i have to modify it according to my need. Do i have development expertise or need the developer to do it for me?

I told him that i’m not familiar with plugin development enough to modify the code. If he shows me what needs to be done that would be great.

As its being developed my mine localhost server but i’ll try and find some online space for it soon and let him know as soon as i have.

He told me as its a feature, so he is closing this topic from support category. As i did have the same need so i asked him for the result of his search. In reply he told me that he couldn’t perform a test on kevleitch’s site so don’t have idea what exactly i am requiring. He also asked me if i can provide me the exact requirement through a proper WordPress installation and users listing can see so it would be easy for him to visualize the things.
He informed me that he provided this functionality in latest premium version and documentation is also available for shortcode usage. He also warned me that i don’t have to share my personal information on blog, the plugin support is available for his all plugins available in WordPress plugins directory. 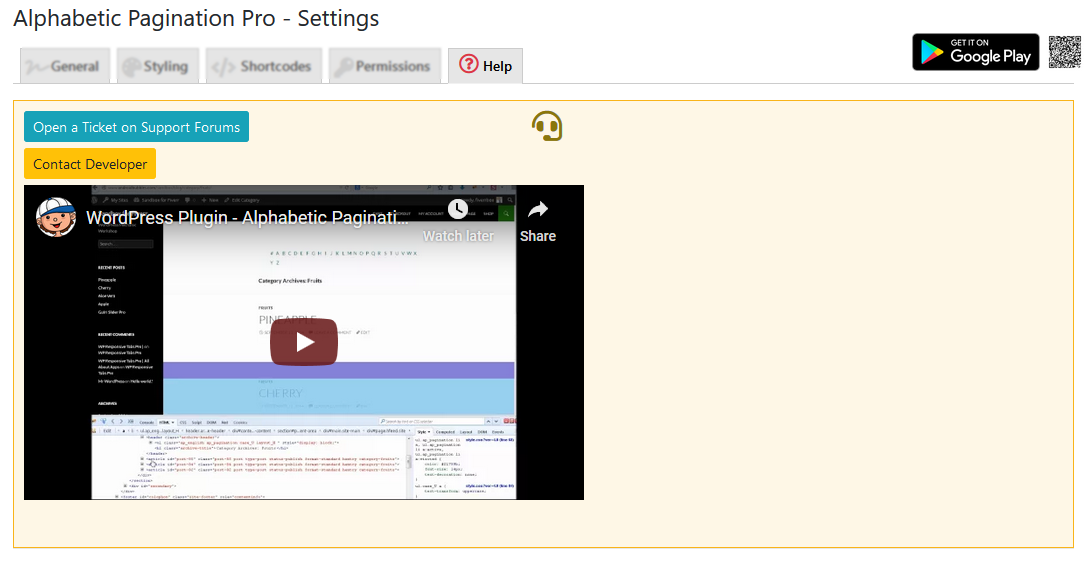 The developer thanked me for the appreciation and he informed that I can use this plugin(Alphabetic Pagination) on my blog. Its easy that I have to put my posts under some category and go to plugin settings, select that category and click “save changes” that’s it. It will start working on category page. He give me his blog contact for further help.

I informed him that I tried following the steps like, Settings > Alphabetic Pagination I chose category > selected multiple categories but the post still not showing. I asked him that may be I need to make some changes in settings > Reading?

I also asked that my template is responsive but this plugin isn’t there any way to make it responsive?

He asked me for the URL so that he’ll be able to check that why plugin is not working. And he asked that which theme I’m using, is it developed on WordPress standards as Twenty Thirteen and Twenty Fourteen etc.?

He also informed me that multiple categories related issue was fixed in last version and static pages this plugin is not recommended because it is dealing with the queries.

I asked the developer of WordPress plugin Alphabetic Pagination that I want to get logged into my website If there is better place to communicate so that I’ll be able to send the credentials. I’m using Gabfire Advanced Newspaper theme. I informed him that i configured Alphabetic Pagination on website to display categories page alphabetized. When I go to a category page there were no changes but when I go to individual posts I saw some random characters.
He informed that I can contact him through his blog’s contact form. He told me that he will definitely help me quickly. He asked me that is my requirement Alphabetically Ordered Categories? If it’s true then he can add this feature too. He told me to confirm and send him the SITE URL where I have implemented Alphabetic Pagination plugin. After some time he informed me that the feature is added and he thanked me for suggesting him this feature.

I was happily using WP Datepicker  v1.0 WordPress plugin on my website and when I upgraded to 1.2 the plugin has stopped working: when i was  picking a date the field is empty. The plugin was  working fine before. There was no error in the browser console or in the WP log to report. 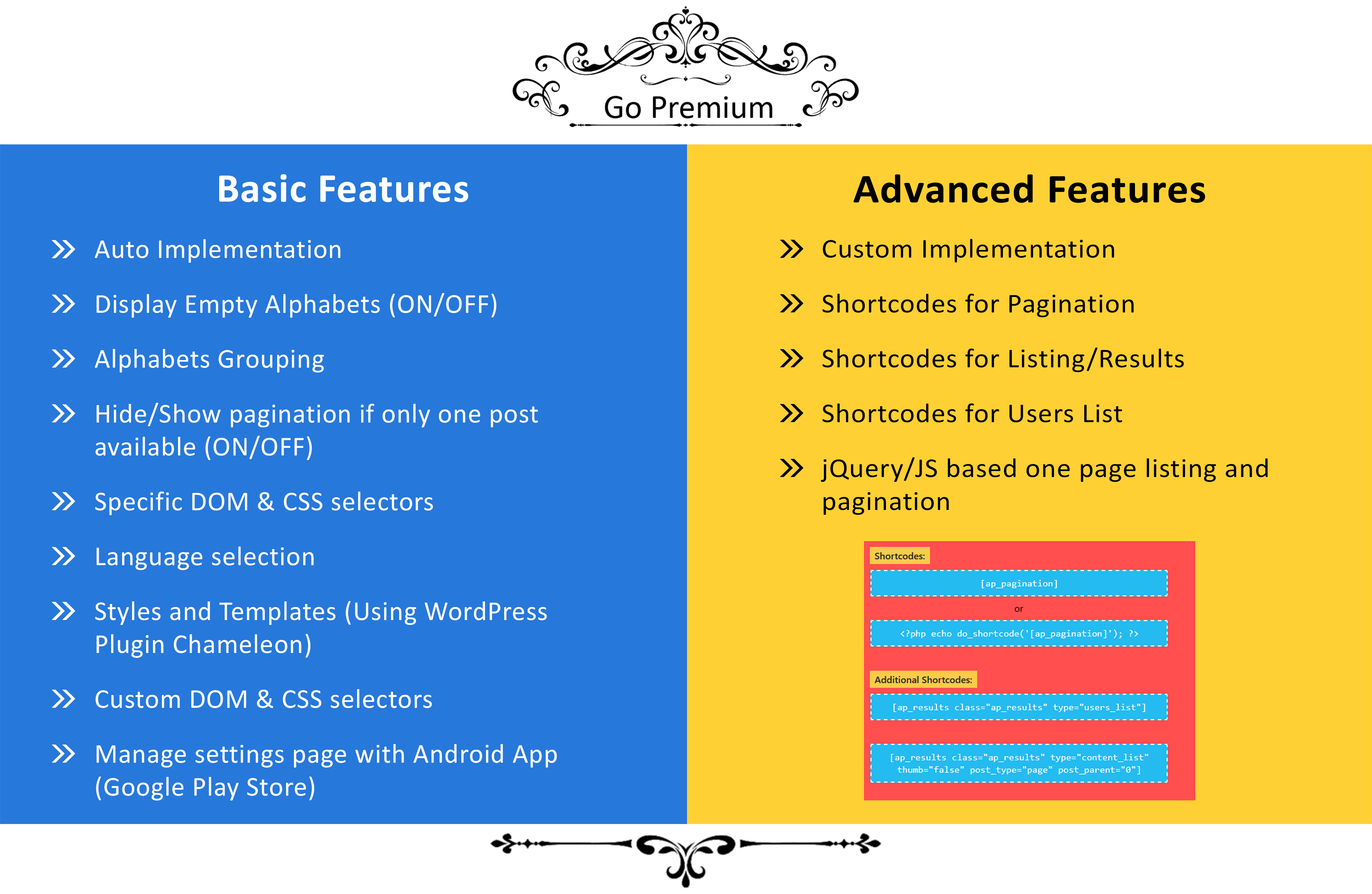 I appreciated the developer of WordPress plugin Alphabetic Pagination that his idea behind this plugin is great. But when I configured the plugin, all the menus disappear on every page where I tried to use Alphabetic pagination.  I’ve tried to solve this problem but I can’t figure out the confliction in nav menu item type that he was filtering. I asked him for quick solution.

He thanked me for the appreciation. He told me check his code and try to find where he was using .html() in jquery. That should me .append() or .prepend() in my case. He also told me that If i will get it fixed then he will make these changes in next version.

I informed him that he was already using prepend for jQuery, i tried to find the issue for use of add filter('pre_get_posts','ap_pagination',1). it seems ‘pre_get _posts‘ is filtering nav_menu_item and thus removing all the menus on any page that the plugin filters. Then, i asked him for help.

He informed me that he will try the same case at his end and will inform me soon. He also told me that may be he will require the URL from me to test the solution later. He gave me his blog blog link to post my testing credentials via contact form if that required.

I suggested him that his code might just need some ending to resolve the issue. I also asked him that have he had a chance to look at the navigation menu issue.

He informed that he is little busy in work and will check the issue this weekend and will inform me. After one day he informed me the he have traced the issue, will release the update soon.

I appreciated him for help.

I have appreciated the Author of RSS Feed Widget WordPress plugin for this great effort to help the WordPress community by writing the this plugin. Then i requested him potential feature. I told him that it would be nice if he could specify the order of the title and image (image first or title first). I also informed him that for anyone looking for this feature I did find a simple (albeit hackish) way to do in in CSS.

All this does is switch the order from title first to photo first. I informed the developer of plugin Alphabetic Pagination that the plugin did not working on my website. The plugin was not displaying anywhere and cannot find short code that that will display it.

He informed me, “it works on categories and other listing pages without short code.” He also informed me that he was working on short code functionality and will release the latest version soon.